Everyone’s favorite, this cute little baby emoji is the second best things a Snapchat offers. Once you add a new friend, and they accept you, adding you back, this cute little baby face appears to both of your names to represent a newly born friendship. Although, this one doesn’t last more than a day, it surely is the sweetest thing as it reminds you to snap your new friend something and start off that cycle, for who knows where it may end up. You may just start a streak on your first day or discover a new best snap friend.

Well this cool face emoji isn’t some dude that wears sunglasses in every snap. It actually stands next to a name of a person with whom you share one of your best friends, therefore, you both snap a lot to this person and you’re potential new friends. If nothing then remember, friend of my friend can also be my friend. Especially if it sends a lots of snaps, which makes this potential new friend eligible for your top friends list. This is definitely an emoji that tells you something, so next time you notice, feel free to snap that person.

Awkward face emoji? Not really, this grimacing face may make you feel awkward but will also warn you. How exactly one emoji can warn you? Well, this emoji shows up next to a person that you share your number #1 friend with. How can that happen? In case you wonder, this person snaps a lot to your number #1 friend and so Snapchat puts this emoji next to their name so you know who’s been snatching your super BFF all this time. Useful thing, especially if you’ve been looking forward to that super BFF emoji for a three weeks now.

Talking about the awkward? This emoji is the worst thing that can happen to your snap friend. Some people snap more than you do and you snap someone more than you snap them so they’re not the cool ones or the ones your best friends with. A Snapchat places this emoji next to their name to remind you, if you can, to snap these poor friend that thinks you’re best buds and snaps you even the entire series of photos describing their morning routine. It may not seem like something you would do, but it makes them happy, which counts.

Isn’t this an emoji we all want to see? Technically, yes, as this emoji represents one of your top friends and we all know how short that list is on Snapchat. Basically, this is a person you snap a lot and you two are top friends to each other. Not the #1 friend, but hey, it counts. They still get to see all those late night cravings and snap you some random photo you both while you both end up commenting the newest Snapchat feature and all those stalkers that constantly screenshot your stories while never snapping you anything themselves.

This one is an accomplishment of the year emoji. Oh, no, not literally but it sure is something important as more and more people obsess over these small little streaks. The Snapstreak is a dedication, is institution and above all, it’s the official sigil of the Snapchat world. You get one of these little streaks once you snap someone at least one snap within the 24 hours and they snap you back as well. Although, you do get this one after you’ve been doing this for a three days now, but hey, don’t well want to celebrate our streak birthday?

This is a Gold Star emoji, one of the favorites as it shows next to a name of popular friend. How is it exactly that the Snapchat knows who is popular? Well, The Gold Star emoji shows that Snapchat followers of the person that has this emoji next to her name replayed her snap more than enough times for Snapchat to take a note and give a Gold Star to her name. As for the stalkers, luckily, this emoji isn’t about the number of times someone replayed a snap but rather as a flag for something that may be interesting.

The Yellow heart emoji? This one officially represents the first lever of famous friendship circle on Snapchat. Once you find that special someone you share a million snaps with, more than you share with anyone else, and that person ‘feels the same way’ which means snaps you more often than others on this platform, the yellow heart appears. Unlike others friendship levels on Snapchat, the yellow heart emoji isn’t time limited, therefore you can get it instantly, once you reach the certain number of shared snaps with your top friend. However, this yellow heart emoji can disappear just as quick.

The Red BF emoji? This is the next level of a Snapchat friendship circle. It does require a certain dedication as it lets you attain over a course of two weeks. So, what does that mean? Once you get a yellow heart, you are eligible for a red one as well. Only thing that separates these two levels is ‘the time passed’. Once you get this one, it means that you’ve been someone’s Snapchat Best Friend for two weeks now and both of you now have this heart as written witness next to a name on a top friends list.

The Super BFF emoji is not an easy task and requires more than a friendship. The ultimate level of friendship circle a Snapchat offers is attained by two of the Snapchat users that have been each other’s best friends over a course of two months. Although, it’s been confirmed that Android users get to this level few hours before the iOS users do, it still represents a relationship so well maintained that Snapchat credits you with it. This may be hard to get emoji level but it’s easily lost to the second one on top friends list, if not maintained.

Well nothing speaks dedication like this emoji. One of the most anticipated Snapchat levels, this appears instead of an ordinary streak number once you get to the 100th day. So you’ve been holding those streak for a three months now? That some serious friendship I spy over there. Or, perhaps you’re just obsessed so you force people into streaks and then they can’t get of that one, so once they hit 100 with you, they just keep going, hoping some cool emoji will discovered once they hit 200 or, God forbid, celebrate a year of streaks with a random stranger. 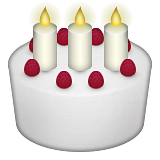 Happy Birthday emoji? So, the next time you won’t forget to wish a happy birthday to that one friend that just wasn’t born on some specific date one can actually remember. No worries, Snapchat got you covered, as with this emoji, once the person enables it in the Settings, you can send a song or a happy filter that will make this friend happy on their special day and save you the trouble of forgetting their birthday ever again. So now I can go to sleep without checking the FB profile and hoping their birthday is open for public view. 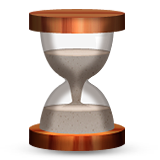 Oh no, we won’t. When this hourglass appears next to a streak number, it an emergency. Call an ambulance, call their mum, for the streak is about to end, and we can’t have that. No! It’s been 200 days now and the hour glass emoji appeared. Unless they snap you as soon as they can which in common language means NOW, call the cops. Those streaks are my life, man, and I value my life, so you should too. That hourglass is offensive, for real. Unless you’re my ex or recently deceased, I don’t want to see that ever again.
﻿
Emoji List
Smiley and Emotions People and Body Animals and Nature Food and Drink Sports and Activities Travel and Places Objects and Accesory Heart and Symbols Flags
Popular Emoji
😂 Face with tears of joy 😍 Smiling Face With Heart-Eyes 😊 Smiling Face With Smiling Eyes 😒 Unamused Face 😭 Loudly Crying Face 😘 Face Blowing a Kiss
Emoji Blog
What are the new emojis of 2022? 5 Emojis You Use Daily Emoji Etymology Emoji and Emoticons Mobi Dick translated to Emoji language? Famous Emoji Tattoos
﻿