It is the most exciting time of the year for emoji lovers. As, the new crop of emojis is harvested this time around the year after protractive ly waiting for over a year. Although the list is the briefest ever with just 31 fresh addition but it doesn’t miss the boat of excited social media users.

Each new emoji has to go through the rigorous approval process put into place by the Unicode Consortium. Which usually takes up to 2 years after the proposal. UTC makes sure that expressions which are popular enough to be easily intelligible by common user join our emoji keyboard. Let’s dive into the list of prevailing warriors that emerged victorious. 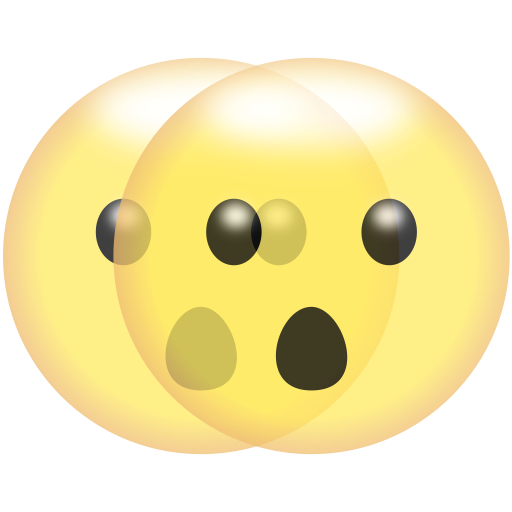 Shaking is one of the basic movement. We often shake our head in shock. It can also depict shaking physically, because of an earthquake, nearby construction or loud firecracker. Double vision or disorientation when we feel unwell are some of the potential usage.

Three fresh additions of heart emojis of multiple colors are aimed towards filling the gap in the color palette. Eagerly waited pink heart will now be available to spread love on social media platforms. The inclusion has triggered a wave of excitement among communities like aces, pansexual and bisexual. They can now send their identity flag with heart emojis.

The hand gestures may signal a shed load of expression from high five, saying no, to illustrate pushing something. When used together, may be used to greet someone, to hold something or to pray. Phrases like talk to the hand, Thanks, but no thanks will also come to life.

The largest breed of deer will join the animal category crowded by farm animals. Seen as an icon of sub-Arctic wildlife and the cultural identity of various Northern states, moose emoji is expected to rise high in usage. People in Canada, Sweden and Finland will now be able to alert each other of an accident prone moose sighting as well as express their distinct culture with the national icon online.

The Democrats will now be able to represent their national party in the emoji language with Donkey emoji. The hoofed beast of burden that featured extensively from classic literature to contemporary pop culture with the like of Eeyore from Winnie the Pooh, Sancho Panza from Don Quijote and Donkey from 2001 animated blockbuster Shrek will now join other emojis. Now use metaphors like “stubborn as a mule” with the latest addition. 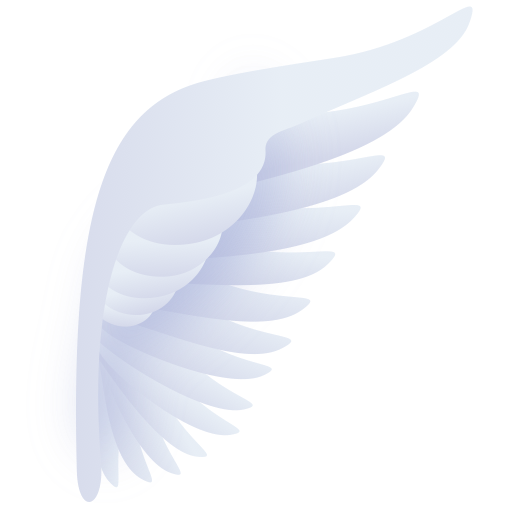 The divine Pegasus and angels come to the mind on seeing the emoji. Although there was a plane emoji to depict flying but the wings will be an unprecedented treat for portrayal of mythical beings. Various phrases like time flies, a flying start, come off with flying colors, will come to life. Add the wing to any animal emoji and Presto Chango! You have emojis for Jaquins and Dumbo.

Black bird can be used for birds like crow and raven. Follower of Hinduism cooks a feast for their forebears and feeds it to the crow, as it is believed that the ancestors visit them each year in form of a crow. While Raven is a spy in Celtic mythology and a representative of the Nordic god, Odin. Native American can now send the missing zodiac sign with the induction of black bird, sixth one in the birds section.

The web-footed waterfowl is the second inductee in birds category. Geese were domesticated around 3000 years ago by Egyptians and can be found globally. Often represented as a mother figure in nursery rhymes because of its protective character. Goose is currently cruising on an immense wave set in motion by the award-winning “Untitled Goose Game.”

The rising popularity among health fanatics and health benefits of a ginger made the root omnipresent. Asian spice is consumed around the year. Beneficial in cold and many other sicknesses, ginger is going to rule the vegetable category for sure. Ginger is also a popular metaphor for red-haired people. From wishing good health to an unwell friend to getting ready for winter, ginger is the weapon of choice on an emoji keyboard. 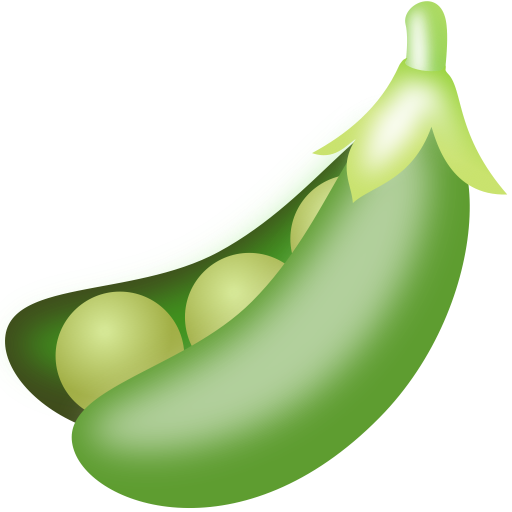 Nutritional and protein rich peas have been a part of human comestible, which is available throughout the year. One serving of pea commensurate with 2 apples in terms of Vitamin C. In addition to healthy conversation, peas can be used to make words like “pea-ople”, “black-eyed pea” and sending wishes in a fun way “Hap-pea Birthday.”

The Mediterranean flowering plant is now spread across several countries. Hyacinths have a strong association with rebirth and spring season as it blooms only during the springtide each year. They are an integral part of Nowruz, celebrated by Persians and Iranians and marks the first day of the new year. The flowering bulb can be used during the joyous festival and in reference to the flowering season.

Umbrella-shaped creature has been traversing through the ocean for millions of years. Jellyfish have a plethora of usage, from referring to the marine mammal itself, to slang word for “spineless”, or “jelly”. Jellyfish have also been used to express jealousy. Together with other emoji, a spectrum of jellyfishes can be portrayed. The stingy jellyfish can also refer to toxic personalities. 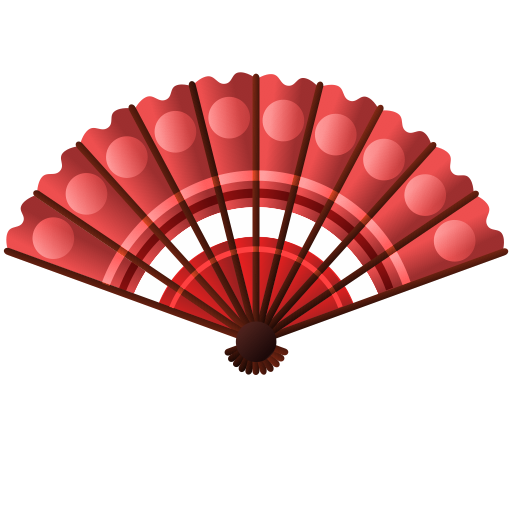 Folding hand fan was a symbol of wealth and royalty, besides being used to cool oneself in sweltering summers in East Asia region. The culturally and historically significant fan can be seen in various dance forms from the region. Later, Europeans embraced the luxury item, and it transitioned to decorative item while time marched on. The symbol can be used as a common shortened form of “fanatic” like a soccer fan. 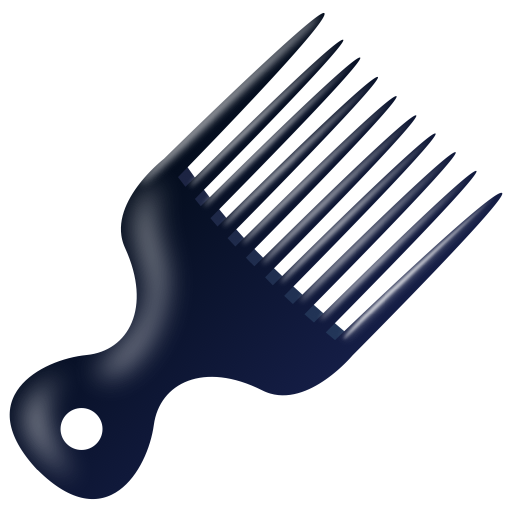 The ancient afro comb has a unique design that relates to a particular culture. Today it stands for more than just a hairstyle accessory. It is an emblem of solidarity for equality and recognized as a voice against oppression. The pick can be used for grooming related topics. As combing in English means to look for something we can use it for the same.

The musical instrument is often associated with Latin-American and West African cultures. We can see many resembling instruments across the globe. Maracas radiates enthusiasm that one experience during holidays and lively celebrations.

One of the oldest musical instrument dates back over 43,000 years. Its historical and religious association can be seen in different parts of the globe. Flute is synonymous with Lord Krishna in Hindu mythology while in China immortal Han Xiangzi carried a dizi. And in Europe, we all are familiar with the Pied Piper of Hamelin. Introduction of the flute will meet will break new grounds.

The symbol is an emblem of Sikhism whose followers practice the ideal of honesty and generosity. Sikh community will now be able to represent themselves with the khanda emoji over Twitter, Instagram and other platforms. Sending wishes during Vaisakhi and Gupurab will be more relatable.

All the modern devices like smartphones, TV, computers etc. make use of wireless technology. The essential tech will now be represented in emoji. There is a lot of potential usage of wireless emoji in this era of the Industrial Revolution, from network outage to virtual reality, to streaming, to communication.

However, we still have to wait a few more months after the expansion in September 2022 since Apple, Facebook etc. in their next software update will add the new emojis.