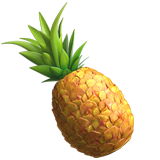 Pineapple emoji? No, it doesn’t mean someone likes pineapples, well it could mean that, but according to the newest Snapchat rule, it doesn’t. It represents the complicated relationship status, more likely, they just aren’t that good anymore or there may be a polygamy involved. Anyway, at least now, you know it represents the messed up relationship, so if it’s your ex that has this next to his name, it’s okay to gloat, we all do that sometimes, and he may be single soon, so watch out, the old flame could be just the thing you’ve been expecting all this time.

So she likes cherries? No, Well, she may like cherries, but that isn’t what she meant by putting that emoji next to her name. As far as the Snapchat emoji dictionary is concerned, she isn’t single, so the cherries represent her relationship. Bad news, pal, we did approve of you trying with all those food snaps, but that girl is taken and she clearly went out of her way to show it. One day soon, you may yourself end up putting this emoji next to your name, to avoid unwanted attention. After all, cherries send a pretty clear message. 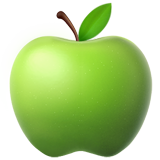 An apple emoji? She must be a vegetarian. We wouldn’t say so. Well, Snapchat wouldn’t. This green apple emoji represents that a user is engaged. Although, the apple emoji may seem like a strange choice as opposing to a mainstream diamond ring emoji, it does leave an impact. As for those who secretly hope this emoji just represents a vegetarian and her favorite nature food, we must say, it doesn’t. So, the next time you see this emoji next to your snap friend name, make sure to congratulate them on time before things way too awkward for both of you. 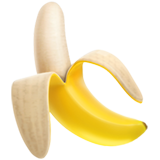 Yes, you guessed it. The banana emoji means she isn’t available anymore. You met her way too late as this girl has been married for quite a while and she wants the world to know, which isn’t impossible, according to a new Snapchat feature that lists banana emoji as the international “married” status emoji that should keep all the strangers away from someone’s spouse. You wouldn’t want to take that road, mate. Trust us, there’s plenty of fish at the sea and you just need to go fishing sometime soon. This one isn’t an option, for a long time now.

No, This doesn’t mean she likes those avocados you decided to eat every morning. Unfortunately, according to Snapchat emoji dictionary, this avocado emoji represent a complex problem. It means, that, she thinks, she is the better half in this relationship so you’re losing it for now. But if, by any chance you see this emoji next to a girl’s name and you know she is single, it still means the same. It appears she just values herself that much and if you’re planning on anything with here, there is a one thing you must know, she’s better. 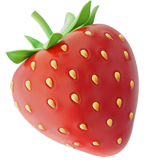 Strawberry lover? Well, nothing like that. According to Snapchat, this emoji actually means she or he is having some trouble finding their Mr or Ms Right. Wow, that’s harsh, but it still gives you hope. You may be just the one, the one that’ll make her reconsider this decision and the one that’ll change her mind. After all, it’s a strange world, and so many things happen at the same time. Chances are that you’re her/his soul mate and that means something. If nothing, you can always add this strawberry emoji next to your name as well. 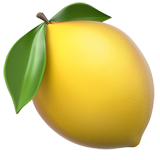 Lemon emoji? What could that possibly mean? Well, we hope you aren’t her current boyfriend, as this emoji doesn’t bring a good news. It actually means your better half wants to be single. You’re doing something wrong, pal, and she’s letting the world know she wants out. As for the other people that see this, well they know what that means now. She may be looking for someone else soon enough and they can finally start a streak with her, awaiting for the right moment when she decides to change her emoji to a blue dot, the single status emoji.

Chestnut emoji? You wonder if that engaged girl you have on Snapchat may have changed her mind. Well, no, she didn’t. This emoji means even more, it’s an open expression of the upcoming marriage and according to Snapchat it is used by a person that wants to get married to a current partner, and they want them no notice that. So, bad news for the rest you out there, stalking them, as they seem pretty much convinced that this person they consider their partner is a person they’ll end up spending the rest of their lives with while you wait,

Ever wondered what that blue dot next to your friend’s name means? Well, according to Snapchat, this blueberry emoji means your friend is single for the world to see. So, if you think she’s getting snaps because she’s hotter than you, think again, maybe just didn’t let the world know that you’re out there, ready for something. Now you know, so add this emoji next to your name, and you just might be surprised when you see people snapping you some cool random things, trying to get your attention, for Snapchat lets them know you’re single and ready to mingle. 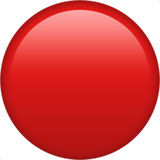 Red dot emoji? What’s that for? A warning? Well, according to Snapchat it just may be that, it could warn you of potential players. How is that possible? This red dot, or a raspberry, call it as you like, represent the person that just doesn’t want to commit. So if you aren’t just that casual with your relationship status, you should probably stay away from this one, after all you don’t want to get your heart broken by someone who warned you with a freaking red dot, which can basically be understood as a Snapchat red flag for romantic souls. 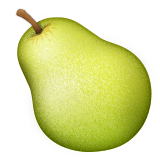 Yet another fruit emoji? Well this one is not representing just a fruit, but everything that is in definition pear-shaped. The one that attained this pear emoji to verify his account was Rick Ross, so as far as Snapchat goes, the pear represents Rick Ross. We can’t really tell if he’s just letting us know what his favorite fruit is or simply pledging his love for the pear-shaped objects, but one is sure, it sticks out next to his name and we sure will remember it as a Ross emoji in its glory, no matter the unquestionable curiosity all considered.
﻿
Emoji List
Smiley and Emotions People and Body Animals and Nature Food and Drink Sports and Activities Travel and Places Objects and Accesory Heart and Symbols Flags
Popular Emoji
😂 Face with tears of joy 😍 Smiling Face With Heart-Eyes 😊 Smiling Face With Smiling Eyes 😒 Unamused Face 😭 Loudly Crying Face 😘 Face Blowing a Kiss
Emoji Blog
What are the new emojis of 2022? 5 Emojis You Use Daily Emoji Etymology Emoji and Emoticons Mobi Dick translated to Emoji language? Famous Emoji Tattoos
﻿